2023 has finally arrived – the perfect time for a top-10 list of the most popular articles on Toy Tales in 2022. The list was curated based on site activity and engagement through various social media channels. If you missed them the first time, this is your chance to see what you missed. If you read them before, it’s worth taking another look! Enjoy: 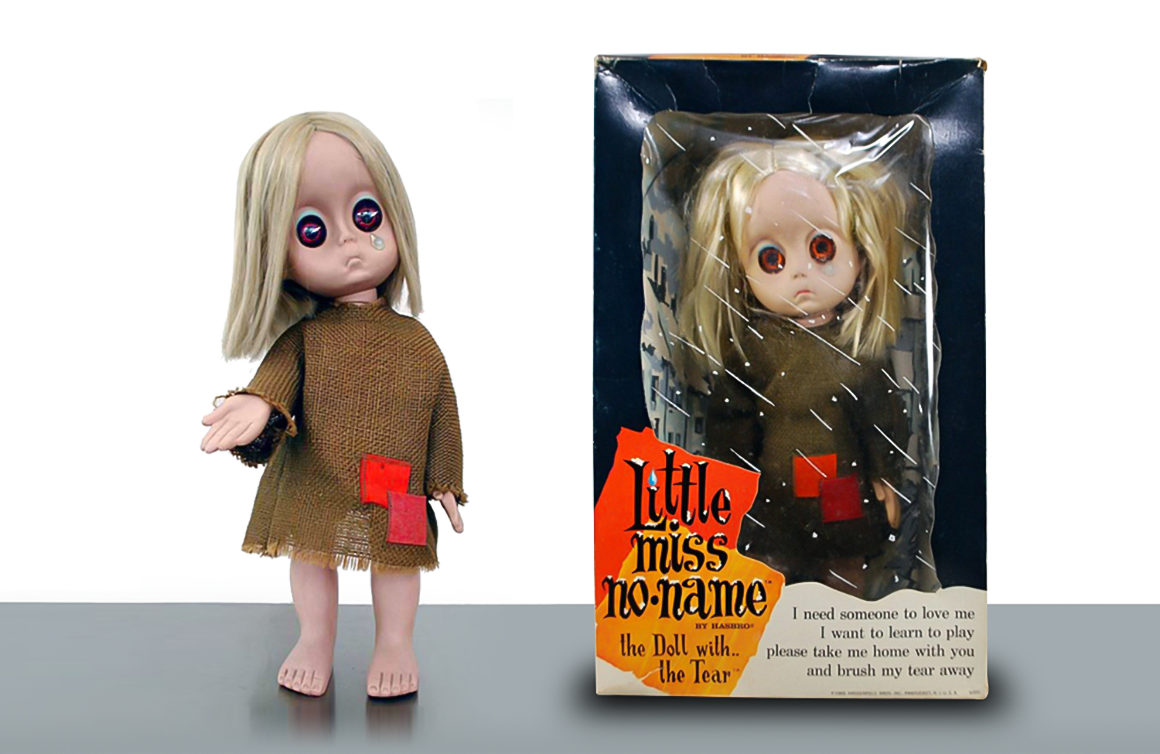 With large sad brown eyes, a drooping mouth, and mop of unkempt blond hair, Hasbro’s Little Miss No-Name was designed as the antithesis of the impossibly glamorous Barbie.

Mattel’s Strange Change Machine was a clever toy that allowed children to “magically” create their own prehistoric creatures. The Feeley Meeley party game was published in 1967 by Milton Bradley and claimed to be “the game that gives you a FUNNY FEELING!” The Uncle Sam’s 3-Coin Register Bank is a classic toy bank that brought savings to a new level.

Chutes and Ladders from Milton Bradley (1943) Released in 1969 from Ideal, the Crissy Doll was a big and bold entry into the fashion doll scene, with the unique (at the time) ability to “grow” hair.