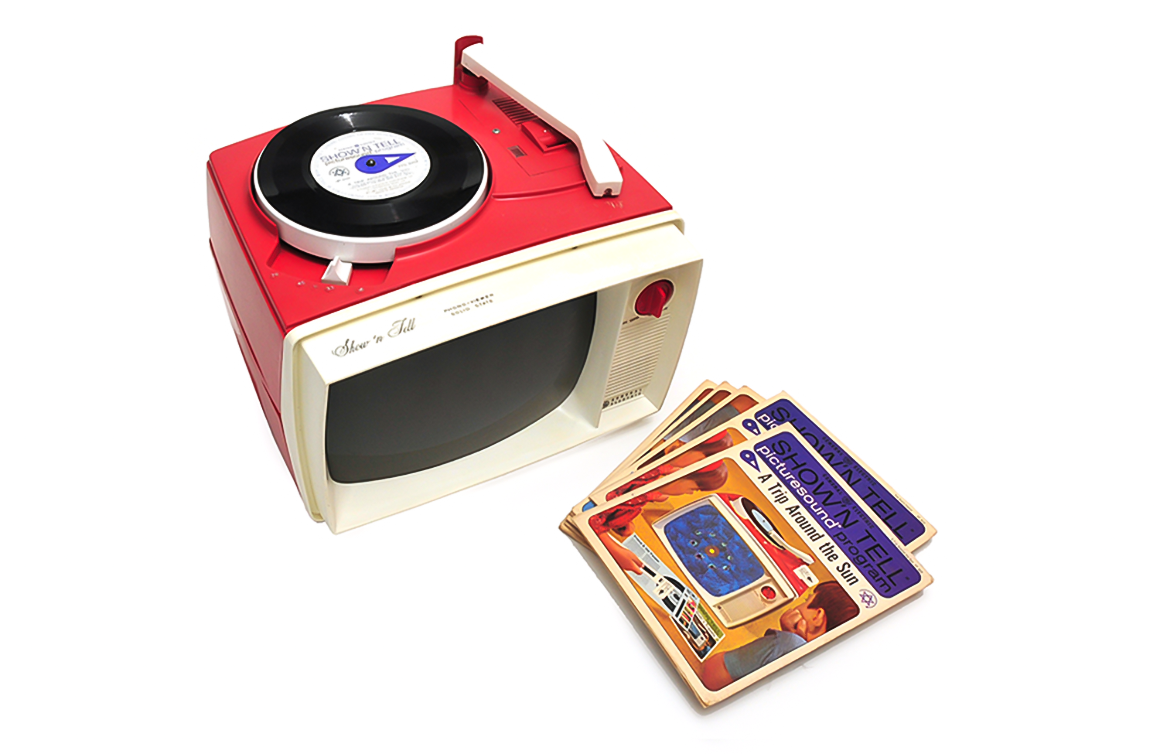 In 1964, General Electric (G.E.) released a phonographic/filmstrip viewer aimed at the growing children’s education and entertainment markets. Advertised as a home entertainment center, the Show ‘N Tell was built to resemble a small television set and deftly combined a four-speed phonograph with an 11-inch monitor for slide film viewing.

G.E. produced a series of “picturesound” programs that worked with the Show ‘N Tell. Each program consisted of a book; a 7-inch, 33 1/3 record; and a strip of 16mm color film dubbed the “Show Film.” The company initially released 35 programs, grouped into seven categories: Fairy Tales and Cartoons; Children’s Favorite Classics I; Children’s Favorite Classics II; History, Science & Space; The World We Live In; and, Steps to Knowledge. Within a year, G.E. had over 140 picturesound programs on the market.

The record and filmstrip worked in concert. As the turntable spun, the audio from the record played through the Show ‘N Tell’s built-in speaker and the filmstrip would automatically advance to display related images on the screen. Each program was approximately 4 minutes in length and moved through 15 color slides.

The Show ‘N Tell initially hit the market at a price point of $29.95, a fairly hefty price back in the day. G.E. attempted to mitigate any cost concerns by also marketing the Show ‘N Tell as a standard record player, able to play 16, 33⅓, 45, and 78 RPM records.