Clark Risley has amassed an impressive collection of Mr. Potato Head objects since he began collecting twelve years ago. Here, he explains how he got his start with the toy spud and shares a resource that no one else has mentioned in all our years of talking with collectors. Bruce Pascal has curated the rarest Hot Wheels collection in the world and wrote the book on Hot Wheels prototypes. Here, he dishes on details about his massive collection and shares his dying wish related to the hobby. Ben Meier shares details about his Transformers collection, his role at the Transformerland website, and highlights the similarities between Generation 1 collectibles and early Star Wars toys. Mike Pingel shares with Toy Tales how his enthusiasm for Charlie’s Angels led to collecting that caught the eyes of the Angels themselves. Mardi Timm and her husband Stan collect novelties. Here, Mardi provides insight into their vast collection and explains the historical significance of collecting. Tim Smith collects Micro Machines. Here, he tells Toy Tales about his collection and how it served as a catalyst to his new book, Micro But Many. Jim Garbaczewski collects Hot Wheels vehicles. Here, he shares his start as a collector and explains why a collection isn’t likely to make money. Andrea Katelnikoff collects Barbie dolls and related items. Here, she explains why she started collecting and what keeps her interested in the hobby. Robert Murch collects talking boards. Here, the Ouija’storian and collector shares his history with the often misunderstood spiritual tool and explains his theory on what happens when people use talking boards. 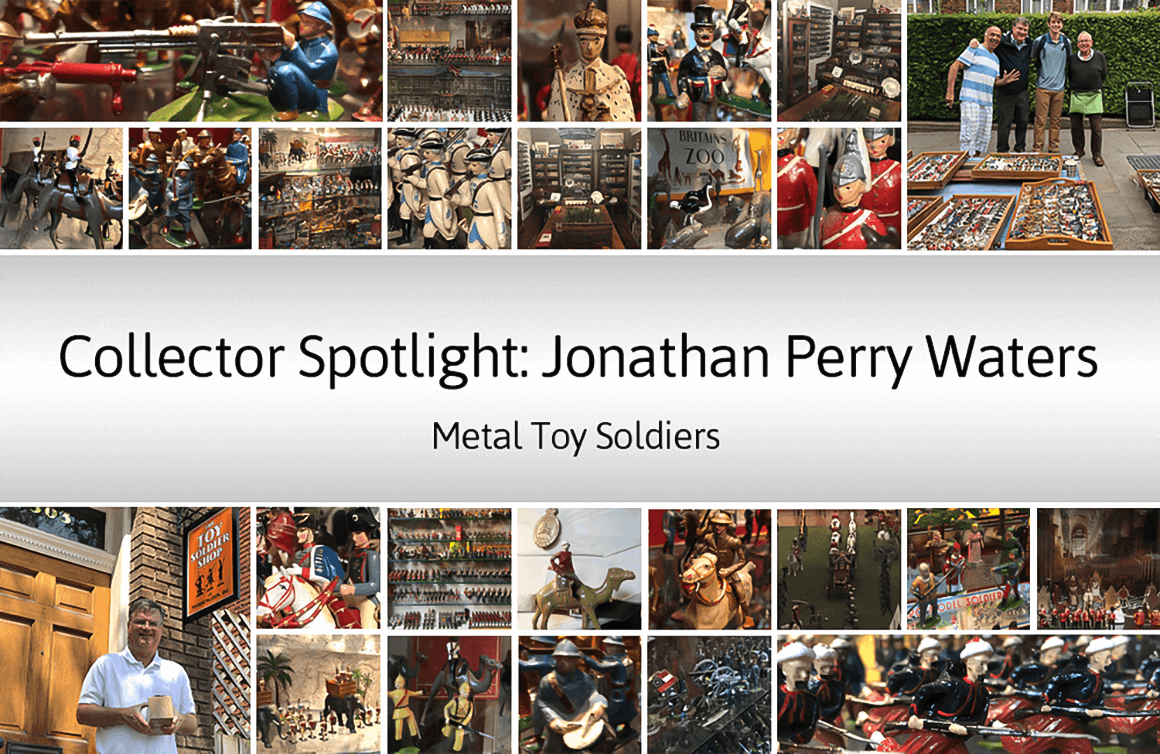 Jonathan Perry Waters collects metal toy soldiers. He talks about the origins of his hobby and the role his sons played in helping him earn a Guinness World Record. Matt Oldweiler collects Garbage Pail Kids memorabilia. He shares his motivation for collecting and explains why it’s important to enjoy the collecting process. Rebecca Kilbreath collects View-Master viewers and reels. In this Collector Spotlight, she shares the social media platform that has enriched her life as a collector and reveals which reels she considers to be Holy Grails for collectors. Jamie Reigle collects Superman memorabilia. He talks about his vast collection and shares details about the one-of-a-kind item he holds close to his heart. Kristin Smith collects vintage Wonder Woman memorabilia. She explains her fondness for the Amazonian princess and why she started collecting. Eric Jaskolka holds the Guinness World Record for largest X-Men collection. He talks to Toy Tales about his start as a collector and explains why he’s drawn to X-Men. Allen Chiang collects and refurbishes vintage vacuum tube radios. He explains the allure of analogue radios and shares a warning with other collectors.