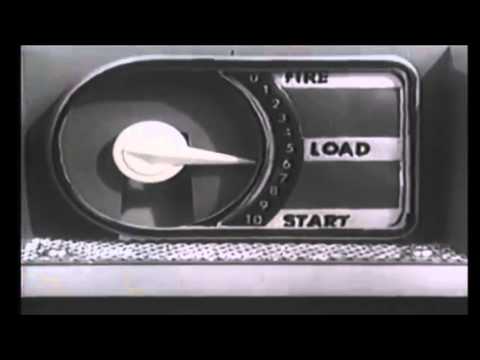 In the late 1950s, the “Space Race” saw the United States and the Soviet Union trying to one-up the other in the use of satellite technology and spaceflight capability. Looking to capitalize on the resulting upswing in national attention, toy companies released a variety of space-influenced toys into the market. One such entry was Remco’s Yankee Doodle Secret Rocket Test Center, a toy that manages to encapsulate patriotism, covert activity, and space-age gravitas in a single title.

Released in 1959, the Yankee Doodle launch pad propelled a series of Atlas and Titan rockets, as well as one of three different satellites, into “outer space”. Like many of the company’s other toys of the period, Remco incorporated a fair amount of detail into the Yankee Doodle. The toy came equipped with a pre-launch warning siren, a pull lever to automatically open the launch bay doors and raise the rocket launcher to firing position, and a count-down clock. At zero count, the rocket/satellite combination fired automatically.

In the early 1970s, Kenner released a series of Presto-Molder playsets for children to make a variety of shapes and objects from Play-Stone molding compound.