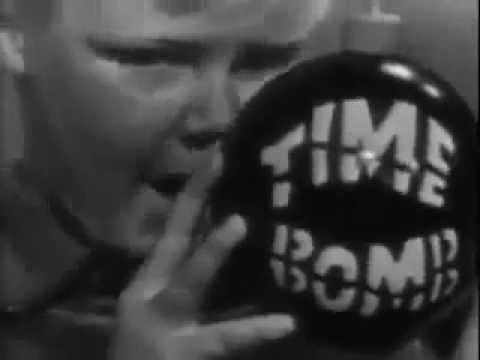 Designed by Marvin Glass & Associates and released in 1964 by Milton Bradley, Time Bomb draws inspiration from the children’s game of “Hot Potato”, albeit without musical accompaniment.

2-12 players stand in a circle facing each other. One player secretly winds up the fuse on the “bomb” and starts tossing it around the circle. The toy ticks audibly as it is tossed back and forth between all players until the bomb “explodes” with a loud popping sound. The player holding the bomb when it goes off is then out of the game. The game continues until only one player remains and is named the winner.

Despite its ominous overtones, Time Bomb entrenched itself as a popular party game for many years after it initially hit the market. The toy was released in multiple colors, including black and red.