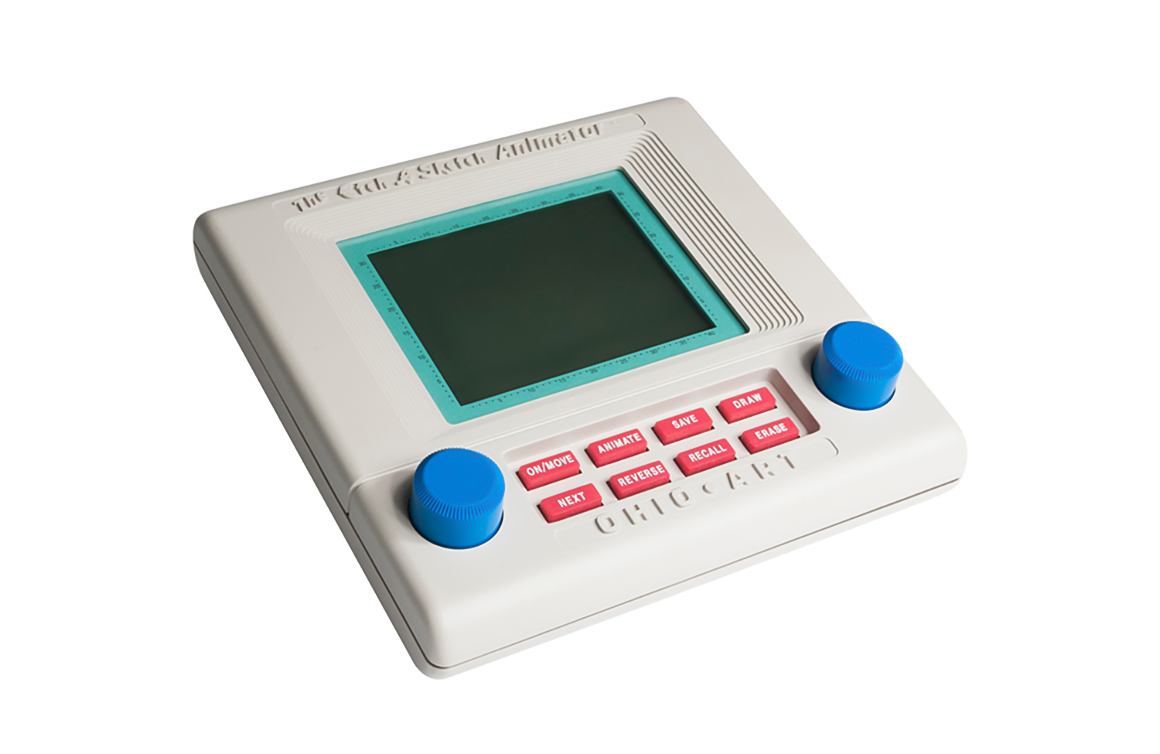 In the 1980s, Ohio Art released an electronic version of its classic toy. The Etch A Sketch Animator allowed kids to create electronic flip-board-style cartoons. The toy included a low-resolution 30 x 40-pixel dot-matrix screen, a speaker, and several kilobytes of memory. Commercials from the period told children that the toy would “bring drawings to life and life to your drawings.”

The Animator was smaller than its predecessor, ran on 4-AA batteries, and was housed in a light gray casing. Kids controlled the toy with two blue knobs used to move a flashing cursor around the screen, and eight red push buttons providing additional function: On/Move, Animate, Save, Draw, Next, Reverse, Recall, Erase.

Through a combination of button pushing and knob turning, budding animators could create, erase, and move a series of 12 images, or “frames”, then animate these in a flip-book type storyboard. A built-in speaker provided rudimentary sound effects when the knobs were moved and during playback. The Animator’s onboard memory could store a maximum sequence of 96 frames, so kids with the creative patience and perseverance could change up the animation of their 12 frames.

Ohio Art provided some sample animations to try with the toy, including The Walking Robot, The Nosy Spider, and my personal favorite, The Breakdancing Skeleton.