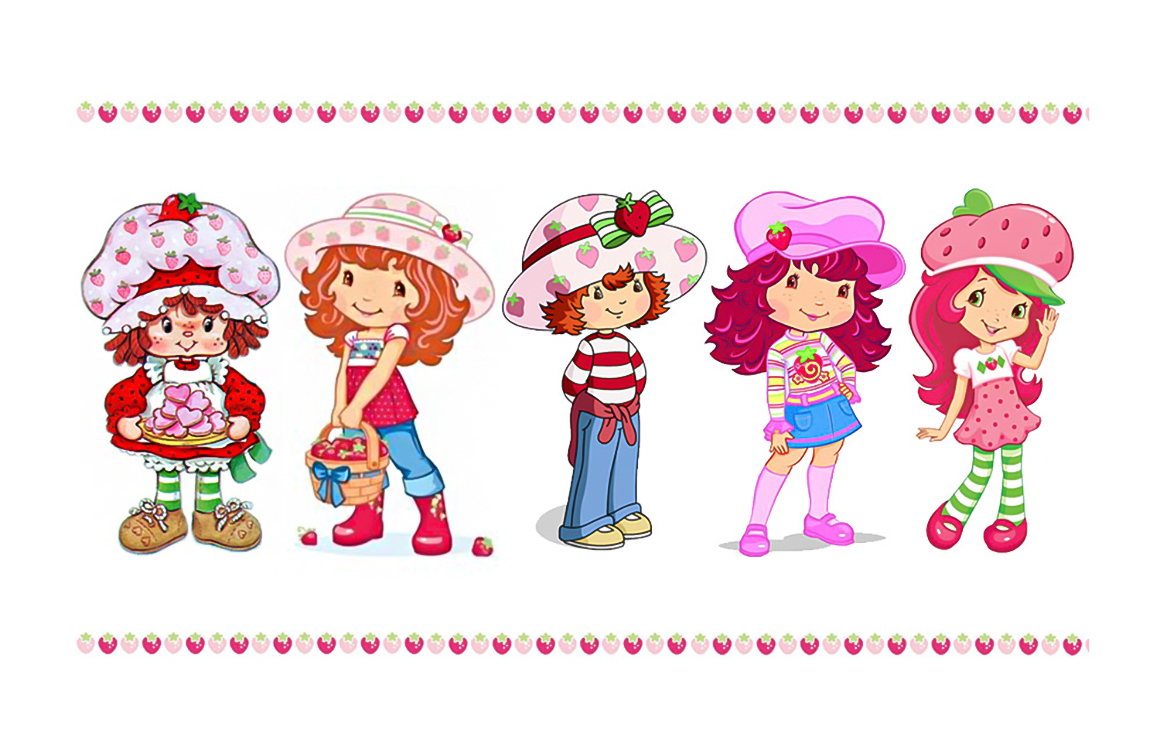 Strawberry Shortcake lived with her cat, Custard, in a LITERAL strawberry shortcake (take that, Barbie Dream House)! Hers was a life of leisure, primarily spent tending to her garden of strawberry vines (naturally), exploring nearby lands, and snacking on sweets while visiting friends with similar dessert-based names, like Blueberry Muffin and Huckleberry Pie.

Now: The Strawberry Shortcake character license has changed hands five times. It moved from Kenner to Toy Head-Quarters (THQ) to Bandai, to Playmates Toys, to Hasbro, and now, since 2014, is owned by a company called The Bridge Direct.

These transitions have resulted in changes in the doll’s appearance and attitude. Each rendition has been made progressively thinner, for example. Her bloomers have been swapped for more fashion-forward couture, and today’s version comes equipped with a cell phone.

Despite her name, the emphasis on carb-laden desserts has also been downplayed over time too. In 2009, Hasbro performed a “fruit-forward makeover” on the entire Strawberry Shortcake product line, placing a greater emphasis on healthy fruits and smoothies served up in her very own Berry Café.