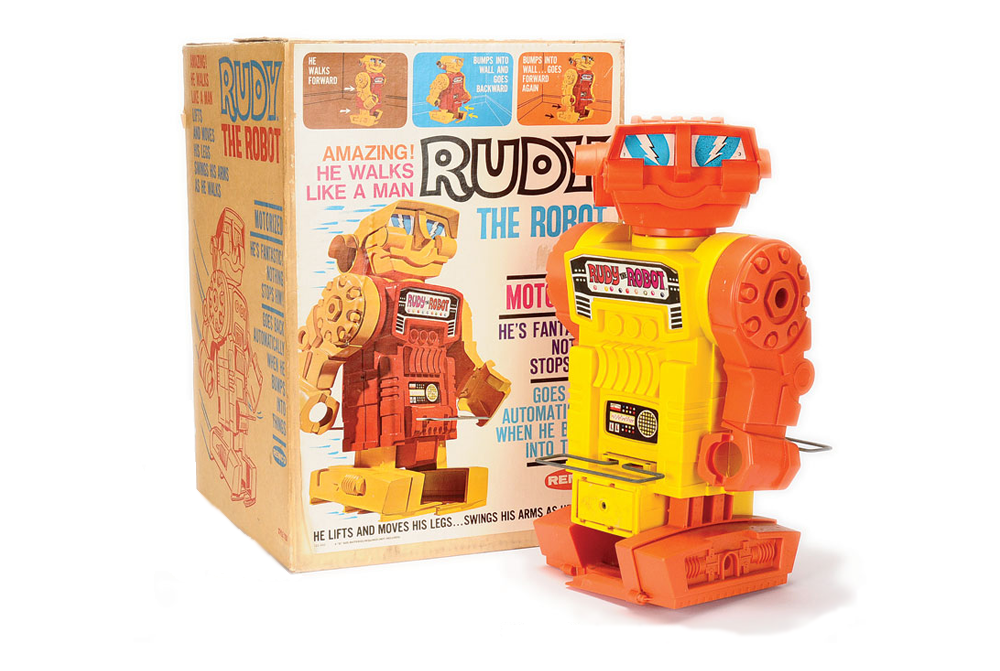 Released in 1968 by New Jersey-based Remco, Rudy the Robot was touted for his ability to “walk like a man.” Rudy stood over 16 inches tall and was mostly comprised of molded plastic in either a red/black or orange/yellow colour scheme. He was also adorned with a series of stickers, including lightning-bolt eyes and a self-confident breastplate.

Four “D” batteries powered Rudy’s built-in motor, which allowed him to walk forward and backward, as well as swinging his arms in concert. His “life-like steps” were complemented by “bump and go” movement. This was accomplished via metal bars protruding from his front and back. If one of the bars contacted an object, Rudy would move forward or reverse as required to re-route.

Rudy the Robot was offered for four years before disappearing from store shelves.

« Jurassic Park Toys from Kenner: The Good, The Bad, and The Ugly
Star Trek Communicators from Mego (1974) »