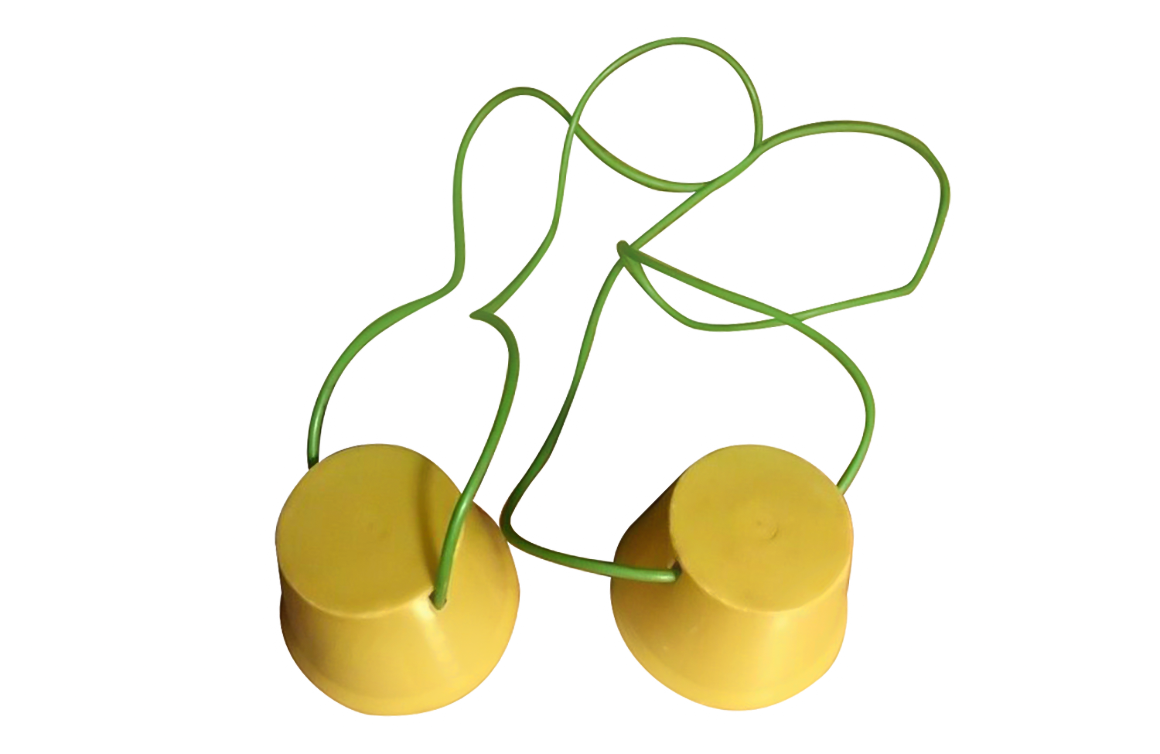 “Take a giant step for fun!”

From 1953 to 1994, the Romper Room children’s television series ran in syndication in the United States and a variety of international markets. As the show grew in popularity, a line of branded toys was produced that complemented on-screen activities.

One of the iconic toys produced for the show was Romper Stompers, released by Hasbro in 1970. Intended for children ages 2 ½ – 6, each pair of Romper Stompers was made of durable plastic with attached hand-held cords adjustable for varying heights.

Once the height was set, kids could romp and stomp their way across flat surfaces, making a unique clacking sound as they walked to and fro. In addition to making children taller, Romper Stompers were also promoted as a way to help develop balance and coordination. The toy was rugged enough to support heavier weights, allowing kidults to enjoy some romping, stomping action, too.

With a player experience that clearly pays homage to B-grade horror films of the 1950s, Ideal’s Tiger Island game makes me wish I had been privy to the conversations of the product design team that released it back in 1966.

Matchbox Cars. My Little Pony. Transformers. These are three of the 12 finalists for the 2017 National Toy Hall of Fame at The Strong Museum in Rochester, NY.