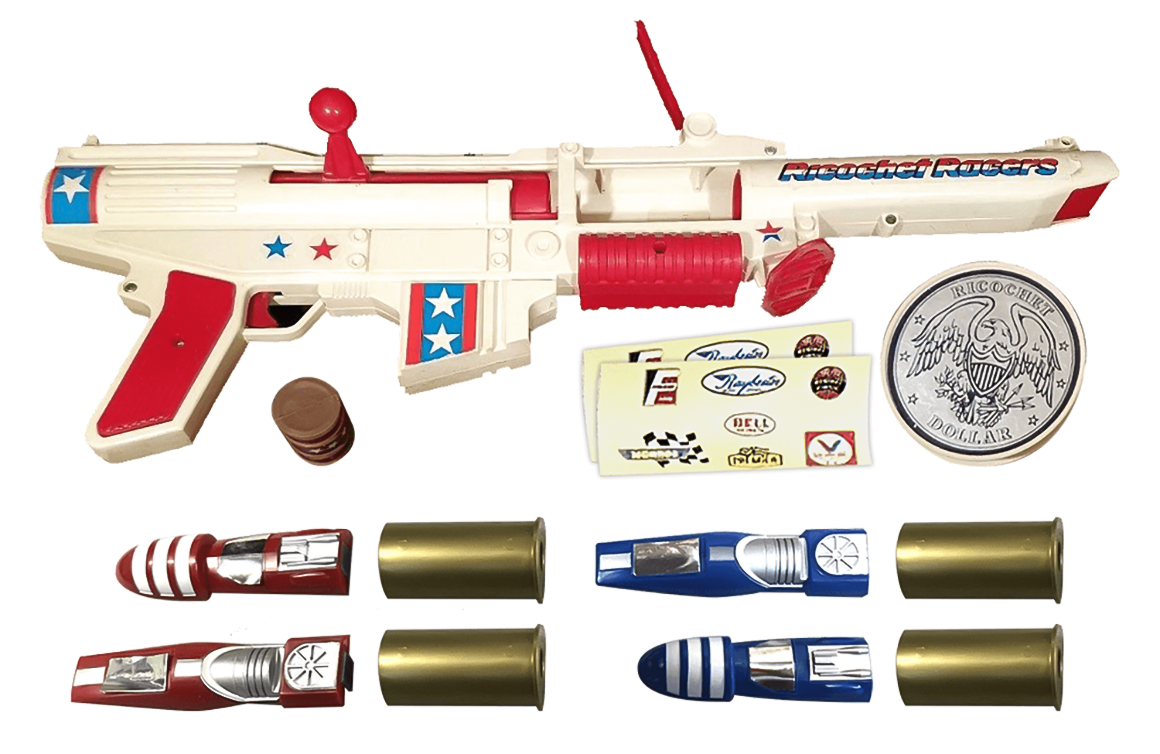 “The excitement of load, lock, and let ‘er rip!”

At the heart of each set was a Ricochet Launcher, a large rifle equipped with a bolt-action lever and spring-loaded firing mechanism. Instead of bullets, the rifle’s ammunition of choice was a cartridge fitted with an elongated race car.

Once a cartridge was loaded and locked, kids could shoot cars across floors and over stunt ramp, aiming at a series of targets provided. A unique ricochet sound accompanied each firing. A built-in safety mechanism prevented the gun from discharging unless it was placed on a flat surface with the barrel sloping downward.

Hasbro initially designed 6 different Ricochet race cars and included one or more of them in each playset. Each car was either red or blue and given a unique name, including Boss Big Shot, 440 Magnum, Strip Shooter, Hemi Shot, Hole Shot .38, and Bluesteel.

Before the line was discontinued, Hasbro also released a Ricochet Racer Set that featured 2 Marvel superheroes, Spider-Man and Captain America. The set included two superhero cartridge-cars, a ramp, a spider web target, and a different colour rifle and decal set.