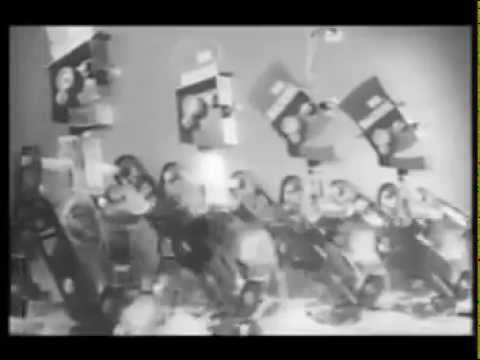 I’ve always had a soft spot for toys and games that were designed to be taken apart and put back together again. A shining example is Mr. Machine, a 17-inch tall robot that walks, talks, and can be repeatedly assembled and dissembled.

Designed by Marvin Glass & Associates and released in 1960 by Ideal Toy Company, Mr. Machine became an instant hit for the company. The toy was essentially an updated version of the popular metal robots of the 1950s, except that Mr. Machine was made primarily of plastic. At the time, plastics and injection moulding were important new innovations for the toy industry because they allowed a toy’s parts to be produced inexpensively.

Ideal packaged Mr. Machine in 44 disassembled parts and included a plastic wrench and building instructions as part of the kit. As I recall, the process of building Mr. Machine was relatively straightforward but time-consuming. It was kind of like building a Billy bookcase from Ikea, albeit with better instructions. United States Patent #3,050,900, filed December 28, 1959 on behalf of Marvin Glass and Leonid Kripak, illustrates the design of the toy. The patent diagrams showcase some of the 44 individual pieces that were used to assemble the toy using a plastic wrench that came in the box.

On he was constructed, Mr. Machine was complete with a top hat, bell, swinging arms and an articulated jaw. These attributes were all minor robotic highlights, however. The big draw was the toy’s clockwork mechanism of wheels and gears that could be seen through the its transparent plastic body.

Turning the large metal key protruding from Mr. Machine’s back set him in motion. As he “walked” forward, his arms and legs moved, internal gears turned, a bell on his belly would ring, and his mouth would open and close. After every few steps, Mr. Machine would vocalize and socialize by emitting a mechanical “Aw!”, as if he were speaking.

In 1978, Ideal reissued a modified version of the toy (seen in the photo above). The ‘70s version removed the fun of dis-assembly and replaced his chatter with a song. The tune of “This Old Man” played when the large blue plastic key on they toy’s back was turned to set him it motion.

In an attempt to appeal to nostalgic adults, a company named Poof-Slinky re-issued the original Mr. Machine for a limited run in 2004.