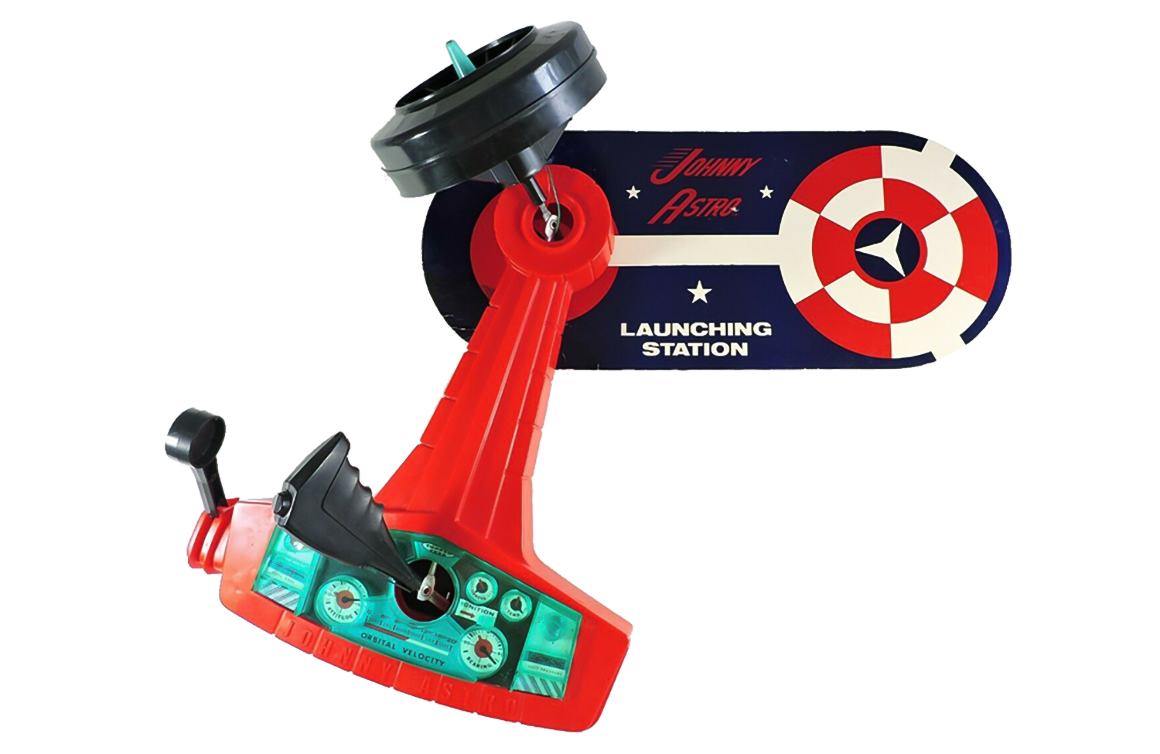 “Now, you can control real space flight and land Johnny Astro on the moon!”

The Space Race and surrounding media hype of the 1960s created a vast market for toys that attempted to capture the magic of interstellar flight. Topper Toys released Johnny Astro in 1967, a battery-operated toy for future astronauts to launch and land a series of space vehicles without wires or direct connections.

Central to the set was a 16″ x 12″ Control Center connected to a fan-head assembly at one end. Players could control fan speed and direction by manipulating a control handle in concert with an altitude control lever. With skill and patience, kids could use the fan to pilot a space vehicle within a range of three to four feet.

Johnny Astro came with three space vehicles. Each one consisted of a branded balloon (a Mars 2,  and two Luna 3s), a vinyl undercarriage, and a capsule with an astronaut figure. Kids would inflate the balloon (an included template inflation to approximately eight inches in diameter) and attach it to the undercarriage and capsule using scotch tape.

Once a space vehicle was launch-ready, it was placed at the center of the cardboard Capsule Launching Station, where it could be launched and landed via the Control Center. Topper also sold a Moon and Mars Landing Base Set to offer alternate destinations for space exploration.