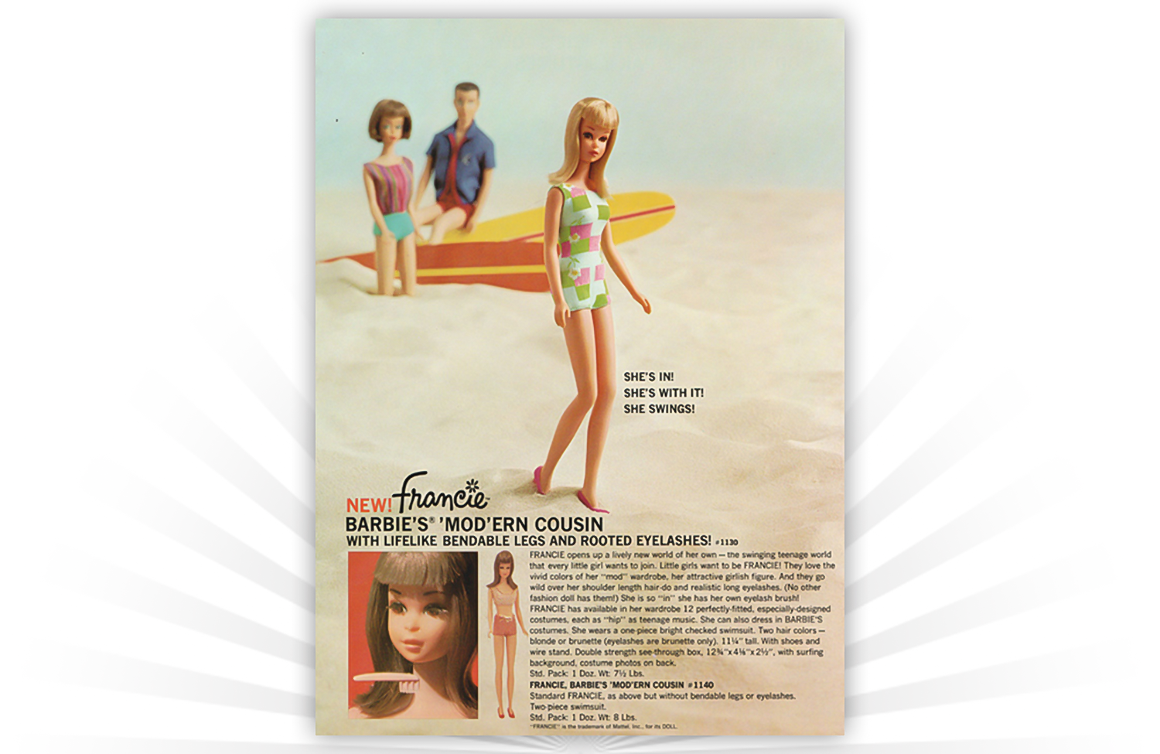 Touted to be Barbie’s hip, modern cousin, Francie stood 11¼-inches tall, making her slightly shorter than her more famous relative. The doll featured shoulder-length hair in either blonde or brunette and realistic-looking long eyelashes. She was shipped in a bright, one-piece bathing suit.

Francie’s wardrobe starkly contrasted Barbie’s glamorous and sophisticated couture. The doll initially shipped with 12 outfits that were as “hip as teenage music” and heavily influenced by fashion trends of the late 1960s and early ’70s.

Francie first came in two models, one with straight legs and another with bendable legs. She stayed on the market for 10 years, with Mattel adding a “twist ‘n turn” model, several hair-related variations, and a talking version in 1975.