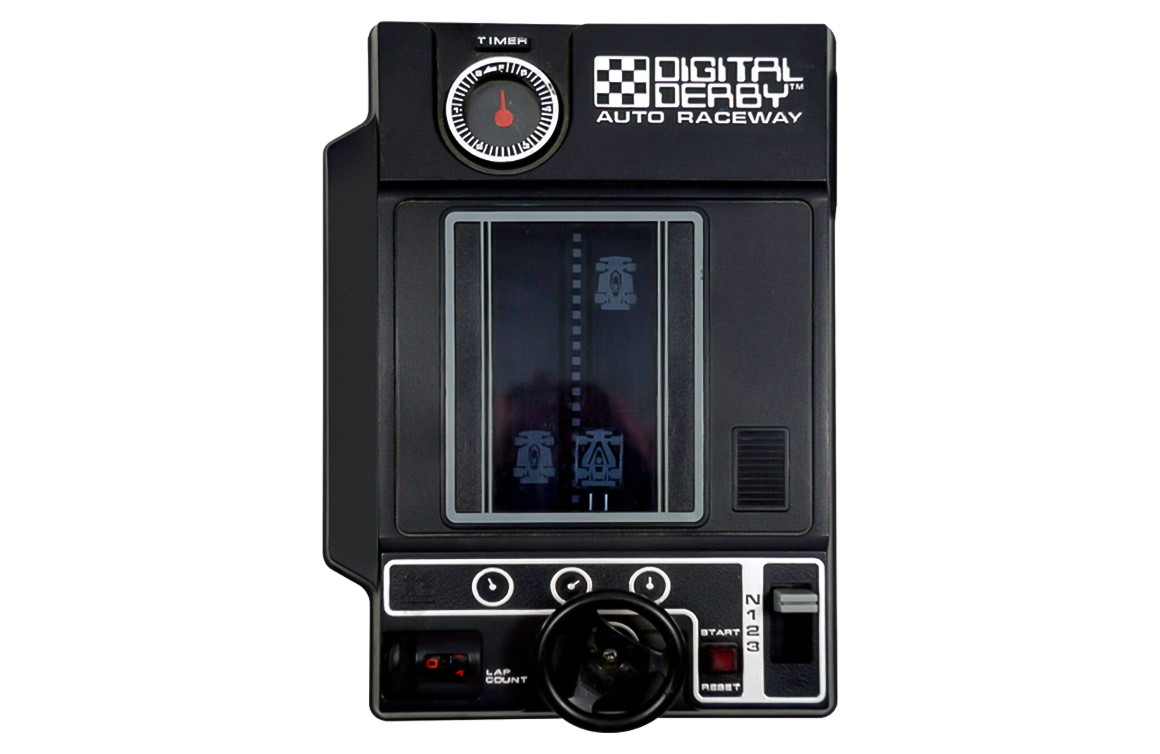 Digital Derby is a great example, released in 1978 from TOMY. It challenged players to navigate their race car through a non-stop flow of on-coming traffic. Two C-batteries powered the game’s electric motor, lap counter, and automatic timer.

A player controlled their race car at the base of the screen using a small three-spoke steering wheel. As a scrolling display of cars and line markings moved down the screen, the objective was to steer around the other cars. If a crash occurred, a red light displayed on-screen and all the cars stopped, requiring the player to reset the game before leaving the accident.

A gear lever allowed players to speed up and slow down the speed of the obstacles while the lap counter kept track of progress. The duration of each game was dictated by the timer at the top of the toy. Each race lasted one full cycle of the timer and the player with the highest number of laps was declared the winner.