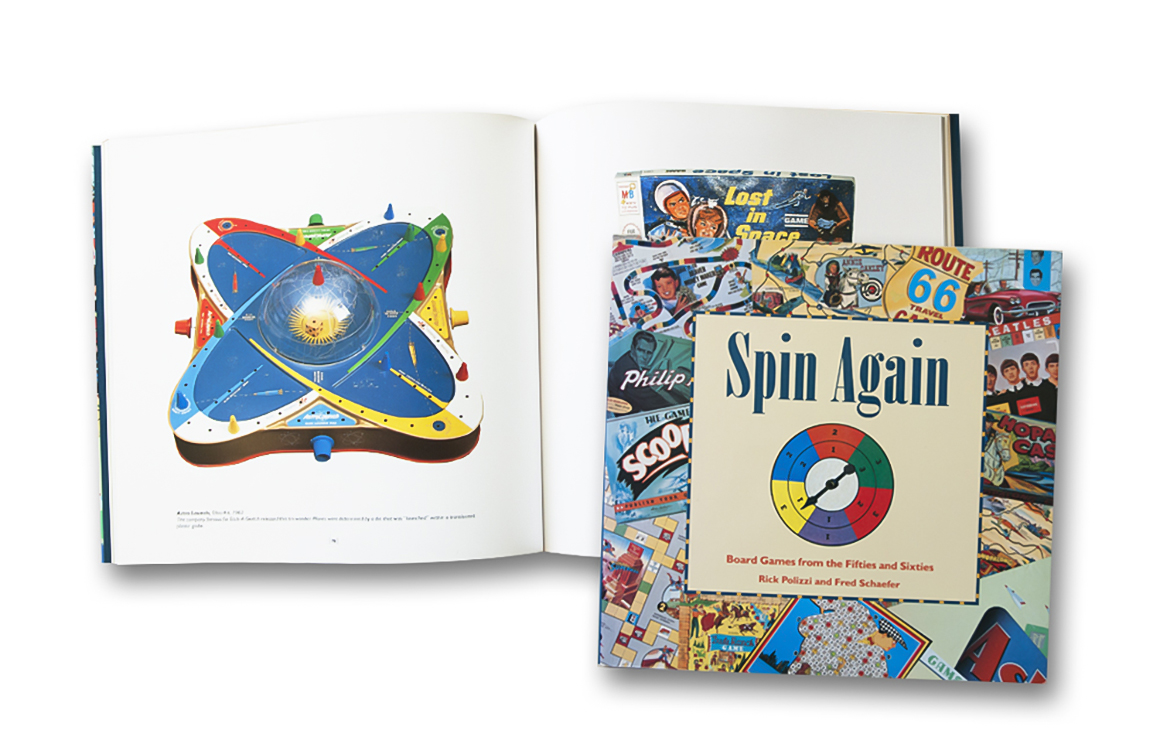 During 1950s and ’60s North America, the popularity of board games grew in lock-step with the proliferation of television sets. In Spin Again: Board Games from the Fifties and Sixties, co-authors Rick Polizzi and Fred Schaefer have compiled a 119-page reference guide on this aspect of pop culture. The book is both fun and informative.

In each of 13 chapters, Spin Again focuses on a particular board game theme or concept that was popular during the two decades. For example, “Don’t Touch That Dial” highlights games that were both influenced by and advertised on television. In this chapter, we learn how board games like The Man from U.N.C.L.E, McHale’s Navy, Bewitched, and Gilligan’s Island “brought television land to the kitchen table.”

The chapter “3-2-1 Blastoff!” focuses on outer-space themed games that reflected the public’s attention to space exploration after the launch of the Soviet Union’s Sputnik satellite in 1957. “Just the Facts Ma’am” is decidedly more earth-bound, highlighting a variety of crime-fighting and “who dunnit” games of the period.

Each board game is showcased visually with photography of box art, playing pieces, and the board itself. The authors provide a short write-up about each game, giving additional context to the category. In addition to the games themselves, the book also provides background on many of the toy manufacturers who produced games during the time, including Transogram, Milton Bradley, Hasbro, and Ideal.